Party Beach Ski Camp completely transformed my 14-year-old daughter’s entire outlook towards skiing. She has been an avid ski racer since she was 7 years old. She loves almost everything about it. The fact is though, even skiing with an ultra-successful program in Utah, she began to grow a little tired of things.

Then we met coach Lyndsay Strange and my daughter attended her first Party Beach Camp at Mount Hood. The kid I picked up from the airport after a week at Party Beach was brimming with confidence and had a new level of excitement for skiing! She had a deeper appreciation of everything skiing can offer and her results in races have improved significantly!

Not only will she be back for another summer camp in 2020, I plan to have all 4 of my kids start attending as they get older. Thank you, Lyndsay and Marcus, for an awesome experience!
-John H.  Salt Lake City, UT 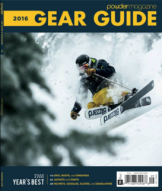 Lyndsay Strange and Marcus Caston have been coaching groups on Mt. Hood for over 20 years, collectively.

Lyndsay has been a USSA certified alpine coach for 10 years, moving from the east

coast to Vail, and then Utah, where she has coached the women’s FIS group and U16’s at Rowmark Ski Academy. She has recently gained accolades by coaching former US Ski Team athlete turned Team Mexico athlete, Sarah Schleper, in all events at the 2017 FIS Alpine World Championships in St. Moritz, Switzerland and went on to coach Sarah at the 2018 Winter Olympic Games in Pyeonchang, South Korea. Lyndsay’s rich experience and innate ability to connect with kids has generated an incredible reputation among her colleagues and pupils.

Post Star Article about Lyndsay coaching at the 2018 Winter Olympics:

“Strange never envisioned becoming an Olympic coach, but she credits her opportunistic approach to life for putting her on the world stage, and she is right.”

Marcus grew up as an elite level ski racer in Utah, excelling in the sport and

reaching the highest level of Nor-Am and Europa cup competition. He now is progressing the sport on the big-mountain stage, appearing in his seventh Warren Miller film this year and exploring projects on his own for film and photography that’s featured in top publications like Outside Magazine, Powder Magazine, Freeskier, Ski & Skiing Magazines, Ski Racing Media, Ski Journal and more. He won the first annual Ski Town Hair Down and was featured on the cover of Powder Magazine’s October 2019 issue. He continues to shoot photos for publication and create his own independent film project, “Return of the Turn”.

They both possess a unique attitude toward skiing that makes having fun the highest priority, which inspires the kids to love and excel in the sport and purely as they do. The coaching style is what makes Party Beach unique. The culture they create based on their sheer love and enthusiasm for not only the sport, but specifically, skiing on Mt. Hood in the summer, cultivates an infectious positive attitude – everyone knows who Party Beach is on the mountain because they’re clearly having the most fun.

When conceiving the camp as it has evolved into a big mountain freeride focus, we decided to focus on the IFSA criteria (line choice, control, fluidity, technique, style and energy). By focusing on the IFSA criteria athletes have the ability to improve skills that not only make them better contest skiers but all mountain rippers who can charge hard making good decisions on the hill day in day out. 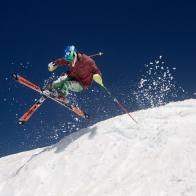 Check out our Media Page

The coaching style is what makes Party Beach unique.

It’s all about having fun! Ski racing is intimidating… especially on a massive open snow field face with a relentless pitch (Mt. Hood, Oregon), one false move and you could be sliding a long way down with volcanic rocks at the terminus… We want to make skiing a “judgment free zone” where athletes can explore what the sport means and how it feels to them.

We cultivate an inclusive environment, where it doesn’t matter who you are, what your background is, or how old you are, you’re one of us and we’re in it together. We put together small groups with high level FIS athletes, masters age adults and juniors, alike, yet we are all the same age and in the same boat when we’re together, having fun. We feel that by making fun the priority, the athletes automatically push themselves and execute drills and courses with a high intensity perhaps without even realizing they’re working so hard. 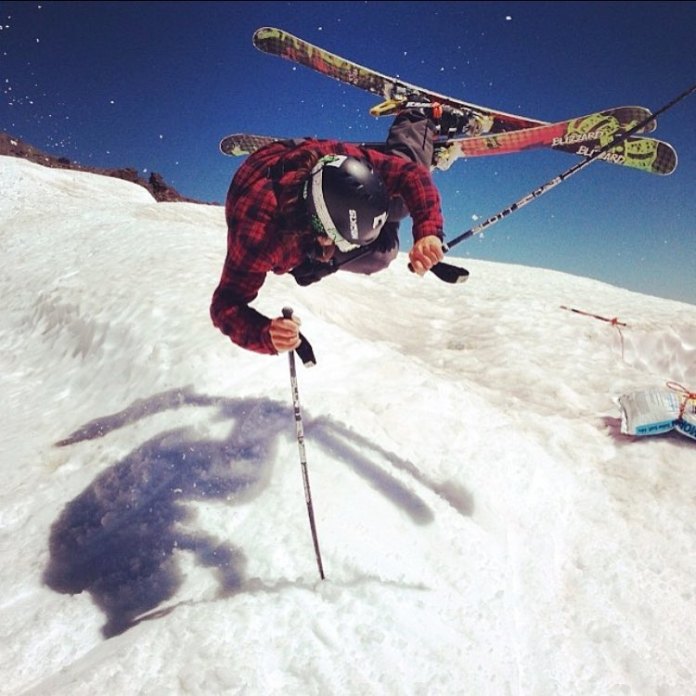 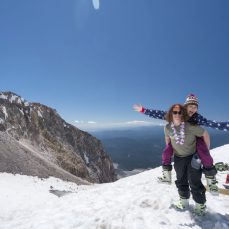 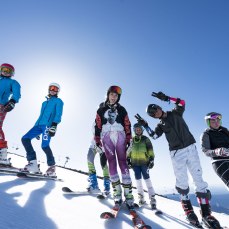 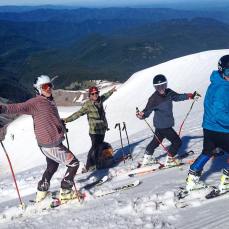